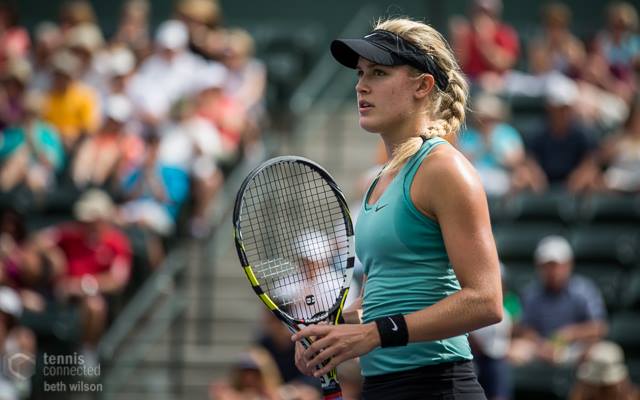 Roger Federer and Novak Djokovic will battle it out in Sunday’s men’s final after keeping 2 of the leaders of the new generation at bay on Day 11, defeating Milos Raonic and Grigor Dimitrov respectively.

Meanwhile, Day 12 sees Eugenie Bouchard take on Petra Kvitova in the ladies’ singles final. Read on to find out my prediction as to who will capture the crown.

The first men’s semi-final saw top seed Novak Djokovic come roaring out of the starting blocks, hitting 19 consecutive first serves as he took the first set over Grigor Dimitrov and obtained a break of serve early in the second set. The Serb had a chance to go up a double break, but Dimitrov quashed that opportunity and got his act together, breaking back and proceeding to level the match at a set apiece.

The third set was a tight affair, with just one break point opportunity being obtained – a chance for Dimitrov that Djokovic was lucky to save courtesy of a mishit backhand. The former Wimbledon champion was too steady for the Bulgarian in the third set tiebreaker, taking it 7 points to 2, but Dimitrov had a much better chance in the fourth set, which also went to a tiebreaker, holding 3 set points at 6-3 in the tiebreaker. But Djokovic hung tough, winning 6 of the last 7 points to claim a hard-fought 4 set victory in just over 3 hours.

The statistics reflect a high-quality match, with both players hitting substantially more winners than unforced errors, but Dimitrov will be lamenting his poor break point conversion rate, winning just 3 of the 11 break point opportunities that he was able to create. Djokovic, meanwhile, will be frustrated with the lack of focus and the passivity that he showed in the middle part of the match.

Djokovic will need to concentrate harder if he is to topple Roger Federer in Sunday’s final, after the Swiss star put in a very focused performance to defeat big-serving Milos Raonic in straight sets in the second semi-final. A break to Federer in the opening game of the match was the perfect start for the fourth seed, who quickly consolidated his advantage and maintained his lead to take the first set, 6-4.

With Federer winning 81 percent of his first serve points, and Raonic consequently unable to cause the 7-time champion too many problems in handling his serve – the Canadian was able to create just one break point chance in the match, which Federer duly saved – it was always a case of Federer being in control. In the ninth game of both the second and third sets the 17-time major champion was able to break the serve of the big Canadian, and eventually Federer claimed an impressive 6-4, 6-4, 6-4 win in 102 minutes to move through to a ninth career final at the All England Club.

It’s hard to believe, after her stunning run to the final at the All England Club and her semi-final appearances at Melbourne Park and Roland Garros earlier this year, but this year’s Wimbledon marks just the sixth Grand Slam tournament of 20 year old Eugenie Bouchard’s career. The Canadian was a junior champion at Wimbledon in 2012, and has adapted magnificently to the WTA Tour – a transition that many talented juniors struggle with.

Bouchard is clearly not intimidated by any of the big names on the women’s circuit – one could tell that simply by seeing how disappointed the Canadian was to lose to Maria Sharapova in 3 sets in Paris – but appearing in one’s debut Grand Slam final is a different matter and I expect that Bouchard will have some nerves at certain stages during the match.

Kvitova, of course, has done it all before at the All England Club, winning the title in 2011, although the Czech’s run to the final this year marks her first appearance in a Grand Slam final since that famous win over Sharapova in 2011. Kvitova beat Bouchard in their only previous match, the 24 year old notching a straight sets win over the Canadian at the Rogers Cup in August last year, but that match will count for little in this final.

On hard-courts or clay-courts, I would put this one down as an even-money bet, with Bouchard probably the steadier of the pair from the back of the court. However, Kvitova gets so many free points on grass from her fabulous leftie serve that I can’t go against her in this final. With Kvitova having the experience of both playing and winning a major final before, and Bouchard showing signs of tightness towards the end of her semi-final win over Halep, I think the Czech will also have a bit more composure than her younger opponent in the key moments of this match.

Bouchard by all means has the talent to win major titles and to even perhaps stake a claim for the world number one ranking, but I don’t think that this will be the year that she captures her first Grand Slam. I think this will be a close and hard-fought final, with the Czech claiming a narrow victory. Kvitova in 3.