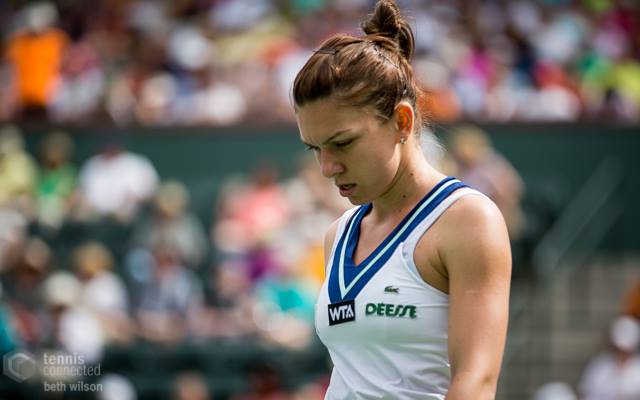 The scene was set for two thrilling semi-finals with two players with experience of that it is like to reach a Slam final, and two with hope.
First into the battle-ring were Czechs Petra Kvitova and Lucie Safarova. And it proved to be a competitive start, with Kvitova taking the early initiative but losing it almost immediately. In fact, if anything Safarova seemed to be just the little more consistent throughout the set, saving a set point but relinquishing the first set on the second.

From that point on, Kvitova’s experience really came into play, as she broke early again for a 3-0 lead. This time there was no break, and the second set got away from Safarova awfully quickly. A final fatal break meant Kvitova served out the match to love – making it very much on her racquet to lose a second title.

After the match she said: “I knew that it’s going to be very tough match against her. She played I think her best tennis here all the tournament. She really deserve to be in the semi-final.

“She played great in the first set and was really close every point what we played. From the beginning, both of us were very nervous, so it was difficult [because of] that.”

Safarova said: “She was just better there today. We had a really close first set; second set she was just a step better.
“It was a good run for me. I mean, it’s the best result of my career. She’s my friend, so once the match was done I just wished her all the best. I hope she’s going to win it.”

So over to the WTA’s two brightest rising stars – French Open champion Simona Halep and three-time Grand Slam semi-finalist this year, Eugenie Bouchard. Add to that the fact that just two years ago Bouchard won the junior Wimbledon title, again we expected a humdinger of a semi-final.

Halep has crept through the draw, but throughout her breakthrough year last year and over this year, she has shown how she can adjust her tactics mid-game with no histrionics. She got the first break in the third game but was broken back, but there was more drama to follow.
Tracking down a backhand thundering down the line, Halep went over on her ankle which needed a 12-minute timeout to have it taped up. Despite being yanked all around the court by Bouchard, the set went to a tie-break, and again Halep took the initial advantage, but much like the first semi-final – Bouchard sealed the first set on her second set point.

With the momentum with the Canadian, and a couple of untimely double faults, Bouchard broke early and in no time at all had built up to a 5-1 lead. But the nerves seemed to kick in as Halep at least got one of the breaks back. Bouchard finally fought it out on her sixth match point.
After the match, Bouchard said: “”It was a little crazy – I’ve never really ended a match like that. I’m just happy I kept my focus and didn’t get distracted or anything and played well in the last game.

“I’m not surprised to be in the final, because I’ve put in a lot of hard work and it’s been years in the making. I believe in myself and I expect good results and I always want more. I’ve had a good start to the season, but I expect myself to do even better than that and that’s what I’m going to try and do.”

The Women’s final will be played on Saturday.