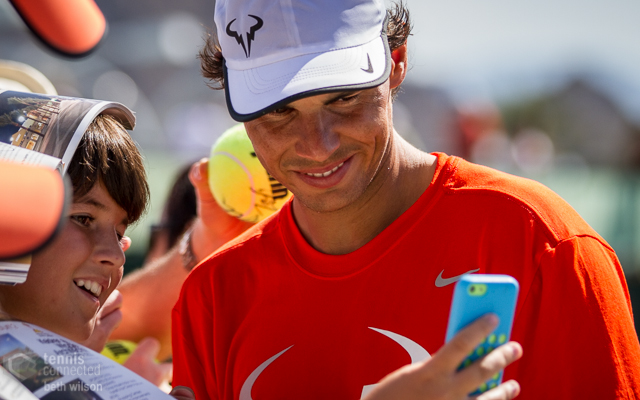 The 2014 tournament is underway at the All England Club, and there was no trouble for top seed Novak Djokovic or defending champion Andy Murray on the opening day’s play, with both men progressing to the second round in straight sets.

Murray kickstarted the day’s play on Centre Court, brushing aside Belgium’s David Goffin in straight sets in what was a confident start to his title defence. Djokovic underlined his title credentials with a resounding victory over the Kazakh Golubev, allowing his opponent just 5 games for the entire match.

The news wasn’t so good for Australia on the women’s side, with seventeenth seed Sam Stosur falling to Yanina Wickmayer. Fellow seed Sloane Stephens also departed, going down in straight sets to Maria Kirilenko, but there was no such trouble for Li Na or Petra Kvitova, both of whom registered straight sets wins.

Former champion Venus Williams was forced to 3 sets by the Spaniard Torro-Flor before the American eventually prevailed, whilst two-time semi-finalist Victoria Azarenka enjoyed a successful return to the WTA Tour after an injury-induced layoff, accounting for Mirjana Lucic-Baroni in straight sets.

Having won just one match at Wimbledon across the past two tournaments, the first step for Rafael Nadal at the All England Club in 2014 is to get some wins under his belt and bolster his confidence for the tournament. The Spaniard has struggled on the grass in recent seasons due to the extra pressure it puts on his troublesome knees, and Klizan is a difficult opening round opponent.

The Slovakian won his first ATP Tour title earlier this year in Munich, and will sense that Nadal in this match is just about as vulnerable as he ever gets. That said, the Spaniard is an incredible fighter and I think he will simply grit his teeth and will himself to victory in this match. Nadal in 4.

Veteran Daniela Hantuchova, a former top 10 player and Australian Open semi-finalist, faces Eugenie Bouchard in the opening round on Tuesday, with Bouchard being the only player on the WTA Tour to have made the semi-finals at both of the Grand Slams to date in 2014.

I’ve been extremely impressed with Bouchard this season and, while grass isn’t her strongest surface, her efforts in Paris showcase her determination to succeed on all surfaces. Being a former junior Wimbledon champion can’t hurt either. Hantuchova is a touch slower than in her prime, and I think the Canadian will exploit this weakness in the match. Bouchard in 3.

On paper, the big-serving Milos Raonic has a game built for grass-court tennis, however the Canadian has struggled to live up to expectations at the All England Club, having never made it past the round of 64. Raonic has enjoyed a breakout season in 2014, achieving a new level of consistency for his career to date and making it into the world’s top 10.

Aussie Matt Ebden is an accomplished grass-court player, having grown up on the surface like so many of his compatriots. Ebden has a high-quality all-court game, and has beaten the likes of Gilles Simon and Mardy Fish in the past. I think Ebden will push Raonic all the way, but that huge serve should see the Canadian through to the second round. Raonic in 4.

After suffering an upset loss to Lleyton Hewitt in the opening round of last year’s tournament, reigning Australian Open champion Stan Wawrinka will be looking to make amends with a better showing at Wimbledon this year.

In the opening round the Swiss star faces Portugal’s Joao Sousa, who has been a steady performer on the ATP Tour. Grass is not the preferred surface of either player and, while Sousa had good results at the Topshelf Open last week, making the semi-finals, I think Wawrinka will have too much poise and power for his opponent. Wawrinka in 4.

Winner of the 2010 French Open, Francesca Schiavone’s form has fallen away in the last few years, resulting in the veteran’s ranking sliding down to number 76 in the world. The Italian seems to have slowed a little as she moves towards the end of her career, and I suspect that the many years of travel on the WTA Tour are also beginning to take their toll on her desire for future success.

Former French Open champion Ana Ivanovic is enjoying a return to form in 2014, with a series of good results putting the Serb on the cusp of re-entering the world’s top 10. The former world number one knocked Serena Williams out of the Australian Open earlier this year and has a favourable draw at this tournament. I expect her to account for Schiavone with ease and make a good run in London this year. Ivanovic in 2.

Put your house on: Serena Williams to bounce back from her surprise second round defeat in Paris with a crushing win over Anna Tatishvili.

Upset alert: Frenchman Kenny De Schepper made the round of 16 at Wimbledon last year and I think the man from Bordeaux has a shot of upsetting tenth seed Kei Nishikori, who suffered an injury-induced loss in the opening round at Roland Garros.

Likely to go the distance: Belgian Kirsten Flipkens made it through to the semi-finals at the All England Club in 2013, but the veteran faces a stern test to get through to the second round this year in the form of Austrian Tamira Paszek. Pencil this one in for 3 sets.