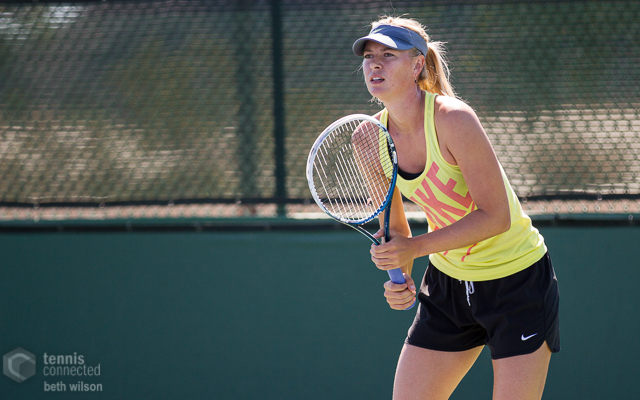 The temperature in Paris picked up on Day 13, and Rafael Nadal’s tennis was just as hot, the top seed completely outplaying Wimbledon champion Andy Murray in their semi-final.

When Murray finished a tremendous rally on the opening point of the match with a blazing forehand winner, there was hope that the Scot could give the 8-time champion Nadal a real run for his money in their semi-final. But with the dried out court and warm conditions playing perfectly into the Spaniard’s hands, there was little Murray could do, as the Spaniard executed a near-perfect match.

After 10 minutes Nadal had established a commanding 3-0 lead, and whilst Murray settled himself and made the first set respectable, eventually losing it 6-3, things went from bad to worse for the seventh seed. With Nadal’s forehand and serve both in fine form, and Murray’s normally excellent return game misfiring, the Spaniard was barely troubled on serve, winning an astonishing 91 percent of his first serve points and not offering up any break points to Murray over the course of the match.

By contrast, Murray was able to win just 34 percent of points on his second serve and allowed the man from Manacor to win all 6 of the break point chances that he created. After 100 minutes, it was all over, Nadal progressing to a ninth final in 10 years at Roland Garros courtesy of a 6-3 6-2 6-1 victory.

Nadal will play Novak Djokovic in Sunday’s final, in what will be a replay of the 2012 French Open final, after the second seed disposed of Ernests Gulbis in 4 sets, collecting a 6-3 6-3 3-6 6-3 win over the eighteenth seeded Latvian.

Playing in his first ever Grand Slam semi-final, Gulbis seemed tighter than in his previous matches against Federer and Berdych, making a number of unforced errors off his weaker backhand wing. With Gulbis often pressing too much, steady play from Djokovic was all that was required to take the first two sets of the match.

Gulbis came alive in the third set, as Djokovic started to suffer in the heat, the Latvian creating a string of break point opportunities before finally capitalising in eighth game of the set and going on to take the set. In the fourth set Gulbis recovered from an early break down before throwing away his serve in the eighth game of the set, courtesy of his fifth double fault for the match and some more unforced errors, allowing the Serbian to serve out the match. After 154 minutes, Djokovic was through to the second French Open final of his career.

Maria Sharapova has by far the greater amount of big match experience going into this final, but after the meteoric rise of Simona Halep in the last 12 months or so, it would be foolish to write off the chances of the talented Romanian.

Halep is looking to emulate the feat of her manager and compatriot Viriginia Razici and become ladies’ singles champion at Roland Garros, and the fourth seed will be full of confidence after progressing to the final without dropping a set. Halep has shown, in collecting a string of titles in the past year, that she performs well in finals, but a Grand Slam final is a big step up from the final of a regular WTA Tour event.

In order to succeed in the final, Halep will need to do what she does best: take the ball early, create plenty of angles by stepping inside the court, and keep Sharapova off-balance by moving her around the court. If Sharapova has a poor serving day, as she did against Bouchard in the semi-finals, and the Romanian is able to keep her emotions in check, then Halep has a good chance of winning. Although she is 0-3 in career meetings with the Russian, the recent final in Madrid, which went to 3 sets, showed that little separates the pair on clay.

For Sharapova, it’s a golden opportunity to claim a fifth Grand Slam. The 2012 French Open champion has showed her heart and fighting spirit in her past 3 matches, coming from a set down against Stosur, Muguruza and Bouchard to claim wins. The Russian is such a dogged fighter that she literally wills herself back into matches, even when she isn’t playing her best. Her plan will be to overwhelm Halep with power, attempting to keep the Romanian pinned behind the baseline and unable to hurt Sharapova.

Experience counts for a lot in Grand Slam finals, and so I have to back Sharapova in this one, although I suspect that this final will be a lot closer than many of the recent women’s finals at Roland Garros. Sharapova in (what else but) 3.