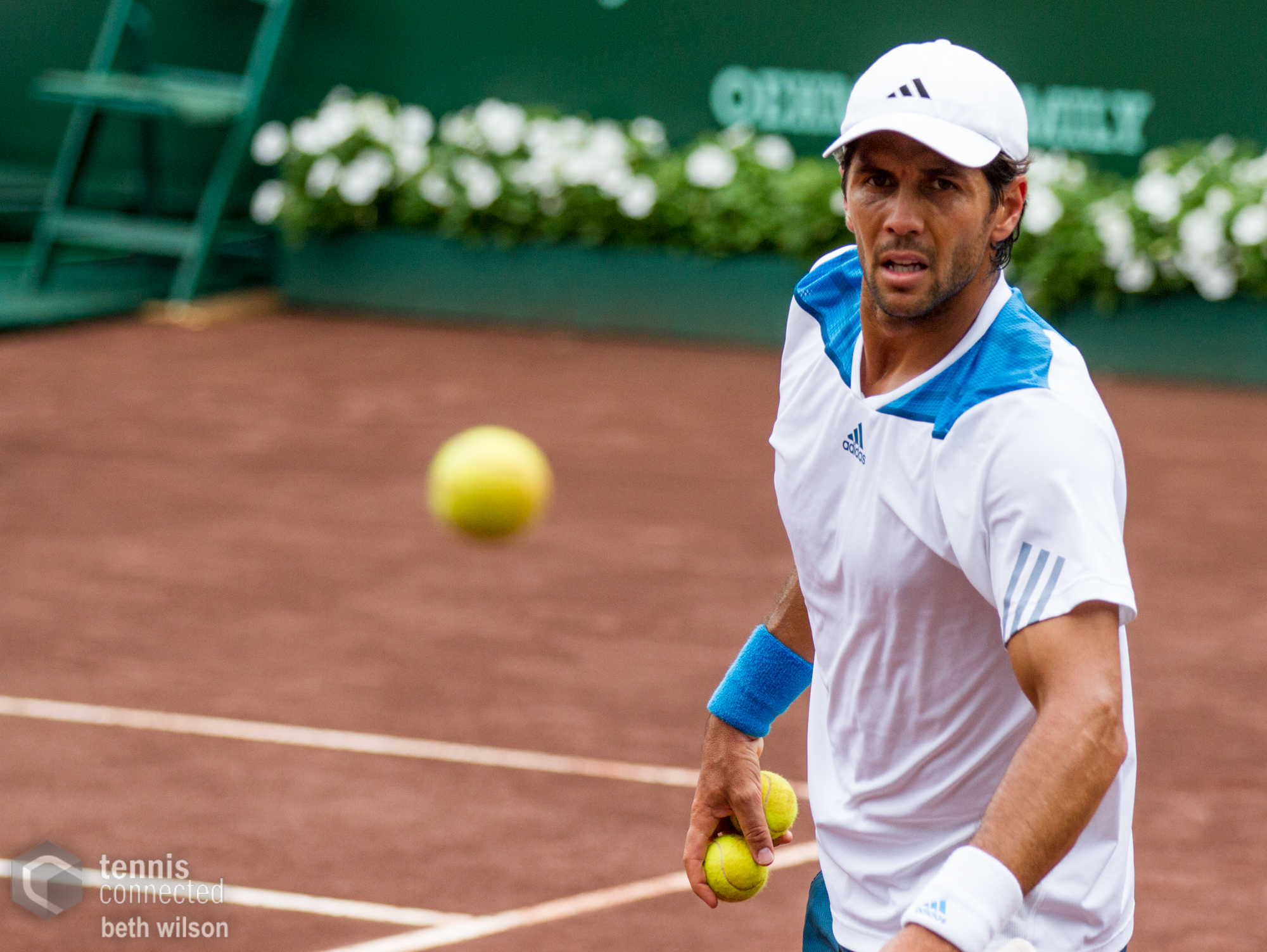 Roger Federer is out of the French Open, the 17-time Grand Slam champion going down to Latvian Ernests Gulbis in a thrilling 5-setter on Day 8.

Up a set and having a pair of set points in the second set, Federer blinked – hitting an overhead straight back at Gulbis, getting passed and going on to lose the second set. From there, Gulbis gradually got on top, using his sublime backhand to maximum effect and running away with the deciding fifth set to record the biggest win of his career. Gulbis will face Tomas Berdych in the quarter-finals after the Czech outgunned big John Isner in straight sets.

Fernando Verdasco and Andy Murray resumed their matches on Day 8 and set up a showdown by defeating Richard Gasquet and Philipp Kohlschreiber respectively, with Murray forced to spend a total of 4 hours and 7 minutes on court to topple the German 12-10 in the decider. Novak Djokovic, by contrast, was ruthlessly efficient, allowing Jo-Wilfried a paltry 6 games in their match, whilst Milos Raonic is into his first ever Grand Slam quarter-final after dismissing Marcel Granollers.

In the women’s tournament, Eugenie Bouchard put on a clinic in thrashing Angelique Kerber 6-1 6-2, the German no match for the young Canadian’s power hitting off both wings. Spanish dark horse Carla Suarez Navarro also advanced to the quarter-finals, as 2012 champion Maria Sharapova rallied from a set down to oust Aussie Sam Stosur. Also advancing was Spaniard Garbine Muguruza, conqueror of Serena Williams, who proved too strong for local hope Pauline Parmentier.

Rafael Nadal was largely untroubled by his opponents in the first week in Paris, but the top seed acknowledged after his win over Mayer that his back, which troubled him in Melbourne, is again a concern. Nadal played down fears that he would be forced to pull out of the tournament but clearly it requires a day-by-day assessment from his medical team.

I can’t see young Serb Dusan Lajovic, best known for being thrust into the decisive rubber in last year’s Davis Cup final, causing the world number one too much grief in this encounter, although the Serb has done exceptionally well to make the round of 16. Look for Nadal to ease his way through this one, doing just enough to win but not a whole lot more. Nadal in 3.

Guillermo Garcia-Lopez has proved over the past week in Paris that his opening round win over third seed Stanislas Wawrinka was no fluke, working his way into the round of 16 to set up this clash against the flamboyant Monfils. Garcia-Lopez and Monfils each showed their competitiveness and will to win in the third round by claiming gruelling 5 set wins against Donald Young and Fabio Fognini respectively.

Garcia-Lopez is the more classical clay-courter of the pair, as a Spaniard born and bred on the red dirt, but Monfils is an electrifying presence on any court, no matter the surface, and put in a fine performance to beat Fognini. I’ll back Monfils in this one, on the basis of the home crowd and the Frenchman’s uncanny ability to rise to the big occasion. Monfils in 4.

Simona Halep became the highest ranked seed left in the tournament pretty early on, but the Romanian has done a good job to date in focusing on her game and not worrying about the weight of external expectation. Of course, Halep’s extraordinary winning run over the past 16 months is enough to give anyone plenty of confidence.

Stephens, on the other hand, is a bit of an anomaly – a reliably high-quality performer in the Grand Slams who is unable to replicate such consistency week in, week out, on the WTA Tour. Working with renowned coach Paul Annacone should help Stephens become a stronger player mentally, but it will take time. At present, I think Halep is the far more confident and consistent performer. Halep in 3.

Andy Murray may have won 9 out of 10 career meetings with Fernando Verdasco, but that doesn’t mean that the Scot will be taking his opponent lightly today. The reigning Wimbledon champion was forced to come back from 2 sets to love down to beat the Spaniard at the All England Club en route to the title last year, and also suffered his only loss to Verdasco in a major, dropping a match at Melbourne Park several years ago. Furthermore, this is their first meeting on clay.

Verdasco looked sharp in seeing off the talented Gasquet in straight sets, whereas Murray was forced to labour against Kohlschreiber to earn the win. However, I think the hard-fought win over the German was just was the doctor ordered for Murray and I suspect that he will be much better for the hit-out. Murray in 4.

This should be an intriguing match-up between two players who love playing on the red dirt. Former world number one Jelena Jankovic has had a number of good results at Roland Garros and has been consistent with her form in 2014.

Former French Open finalist Sara Errani made the final in Rome in the lead-up to Roland Garros this year and is a tough player to beat on clay, being a tremendous mover around the court and blessed with brilliant anticipation skills. Against a power player such as Serena Williams, Errani is liable to get blown off court, but against a less aggressive player such as Jankovic, the Italian is often adept at wearing her opponent down. Errani in 3.