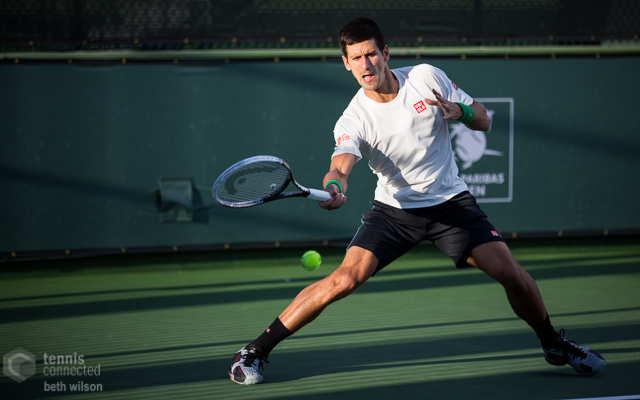 With the majority of the clay-court season behind us and the biggest tournament played on the surface just around the corner, it’s an opportune moment to take a step back and consider what we have learned from the red dirt swing to date. Here’s eight points to ponder as we head around the final bend and down the home straight on the road to Roland Garros.

1. Rafael Nadal is not at his best, but remains the player to beat on clay.

Rafael Nadal has made something of a rod for his own back with his impeccable play and near-invincible status on clay over the past decade. Surprise losses to Ferrer and Almagro (in Monte Carlo and Barcelona respectively) had Nadal’s supporters worried, while a win in Madrid was undermined by Nishikori’s retirement in the final and a surprisingly tough battle through to the Rome final, where he lost to Djokovic. However, with his incredible record in Roland Garros, Nadal will still have plenty of confidence going into the tournament and he knows his opponent needs to play their very best tennis in order to beat the world number one. I suspect Nadal is building for the French Open and will peak in the second week of the tournament.

2. Novak Djokovic has a golden opportunity to complete the Grand Slam this year.

He’s come close in years gone by in Paris, being a former finalist at Roland Garros and having lost a gripping 5 set semi-final to Nadal in last year’s tournament, but perhaps 2014 represents Novak Djokovic’s best chance to finally win the French Open. Wrist troubles have ruined any chance Djokovic had of building consistency during the clay-court season, but the win in Rome is enough to satisfy the Serb as he enters the second Grand Slam of the year. Fitness shouldn’t be an issue for Djokovic, and if his wrist troubles don’t appear, I predict that Djokovic will still be in contention come the final Sunday of the tournament.

3. Roger Federer might have things other than tennis on his mind in Paris this year.

With his wife Mirka having recently given birth to their second set of twins, one suspects that Roger Federer will be far more focused on family matters than the tennis court for the next month at least. Federer will play the French Open, but I wouldn’t be surprised if the loss in Rome to Chardy is an indicator of things to come and the Swiss superstar slips up relatively early in Paris

4. Andy Murray is starting to get back to his best tennis, but he won’t truly make his mark on the ATP Tour until Wimbledon.

I think a lot of people underestimated how serious Murray’s back surgery, which he had late last year, actually was. For a player who doesn’t blast his opponent off the court, any surgery which affects his movement is a major event, and it has taken the Scot a considerable period of time to get back on track. His efforts in Rome, where he lost a very tight 3-setter to Nadal, will give him heart for the remainder of the season. Clay is his weakest surface, but Murray will be treating the French Open as a chance to improve his match play and fitness ahead of the grass-court season, where he will want to impress as the defending champion at Wimbledon.

5. If Kei Nishikori can stay injury-free, he’ll be one of the leading contenders on clay in coming years.

The first Japanese player to reach the top 10 in the ATP world rankings, Kei Nishikori showed in Madrid what he is capable of on clay. The Japanese star had Rafael Nadal on the ropes in the final in the Spanish capital before succumbing to back spasms and being forced to retire. Frustratingly for Nishikori, the retirement came not long after he was forced to pull out of the Miami semi-finals due to a groin injury. But the good news for Nishikori fans is that he has clearly demonstrated his abilities, on both hard-courts and clay-courts this season, and if he can get back to full health for the French Open could be one of the dark horses going into the tournament.

6. With one major already in his pocket, Stan Wawrinka is hungry (and has the game) to win more, including the French Open.

His form during the European swing has been mixed, but his win in Monte Carlo, which represented Wawrinka’s first Masters 1000 title, will be an enormous confidence boost leading in to Paris. Wawrinka was in devastating form against Ferrer in the semi-finals, blowing the Spaniard off the court, before downing his good friend and compatriot Roger Federer in an intriguing 3 set final. He might not win Roland Garros this year, but I think the Swiss star now knows that he has a real chance of one day lifting the trophy.

7. The emerging generation is getting closer and closer to the Big Four.

With Raonic and Dimitrov making the semi-finals in Rome, it shows that the gap is closing between the Big Four (or Big Five, if you now include Wawrinka) and the rest of the leading players on the ATP Tour. Unlike some of the years gone by, predicting the quarter-finalists and the semi-finalists at Roland Garros this year are no easy tasks.

David Ferrer and Nicolas Almagro have both had inconsistent clay-court seasons to date, but each player has recorded a win on the red dirt this year over their illustrious countryman Rafael Nadal, and that’s about as big a confidence boost as a player can have on the ATP Tour. Ferrer will look to recapture the magic of last year’s run to the final at Roland Garros, while Almagro will look to go deep in the tournament as well. Of course, then there’s a bunch of other Spaniards who will look to keep Spain’s enviable record at Roland Garros intact, including Lopez, Granollers, Bautista Agut and rising star Pablo Carreno Busta.

That’s it for now. I’ll be back in just under a week to preview the French Open and will be providing daily updates throughout the tournament. Until then, enjoy your tennis.