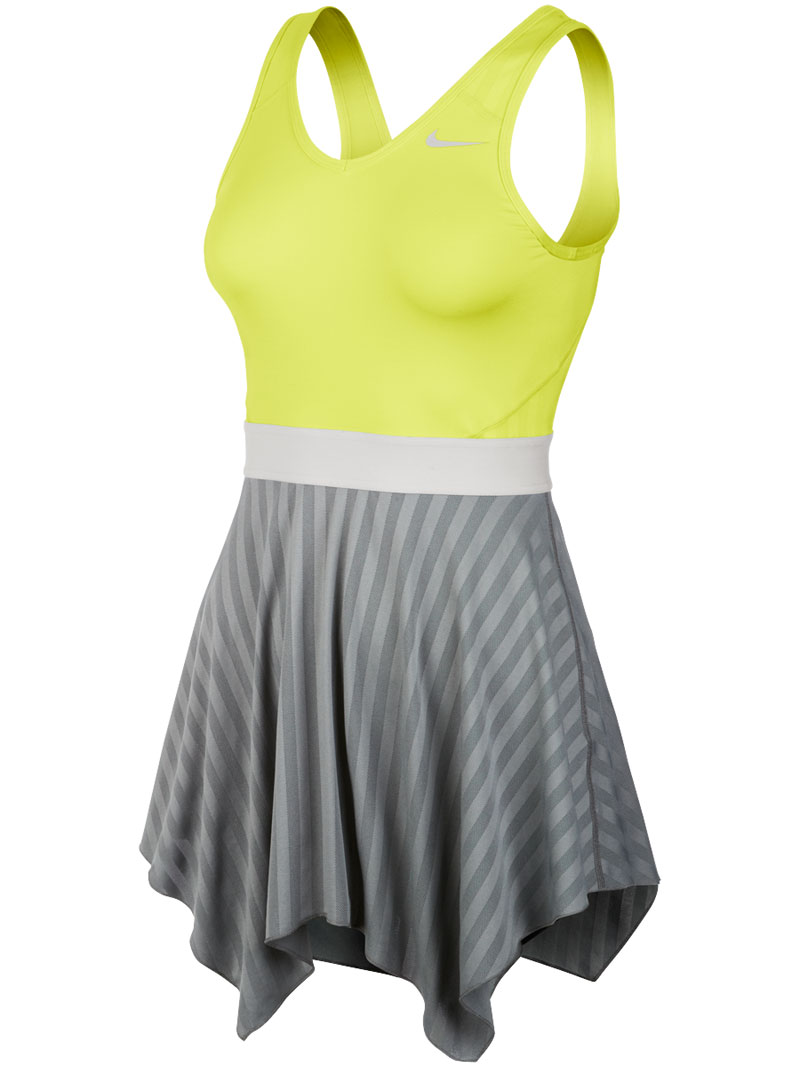 Ready and eager to give it everything they have to win the year’s second major at Roland Garros, the Nike Tennis team consisting of Serena Williams, Maria Sharapova, Victoria Azarenka, Eugenie Bouchard and Li Na will debut the latest apparel and footwear line for the Summer 2014 collection in Paris.

Confident as always about her chances at another grand slam title, Serena will feel her best on court in her newest Summer Serena Novelty Knit Dress in venom green with metallic iron ore and matte silver. The world No. 1’s dress will feature a scoop neck, open back, waist-defining band in a contrast color, knit jacquard skirt and a heat transfer Swoosh on left chest.

Racking up numerous clay-court victories throughout the years, Sharapova will also be a favorite on court in her latest kit. Featuring the Summer Premier Maria Dress in pink glaze with atomic orange and metallic red bronze, Maria’s shoe of choice on the clay will be the Vapor 9.5 Tour in pink glow, atomic orange, light base grey and white. The Russian’s two-in-one RG outfit is highlighted by a tunic length top, built-in bra with molded cups, mesh bodice, and a heat transfer Swoosh on left chest.

Excited to translate her dynamic game to the clay of France and build on her semifinal appearance at the Aussie Open, Canadian star Bouchard flies into Paris and will wear the Summer Premier Maria Tank in urban lilac with atomic mango and matte silver and she will complete her outfit in the Summer Premier Maria Skort in dark base grey with matte silver. Eugenie’s latest colorway for the Zoom Vapor 9.5 Tour will be in cool grey, lilac and atomic orange.

Inside the International Tennis Hall of Fame