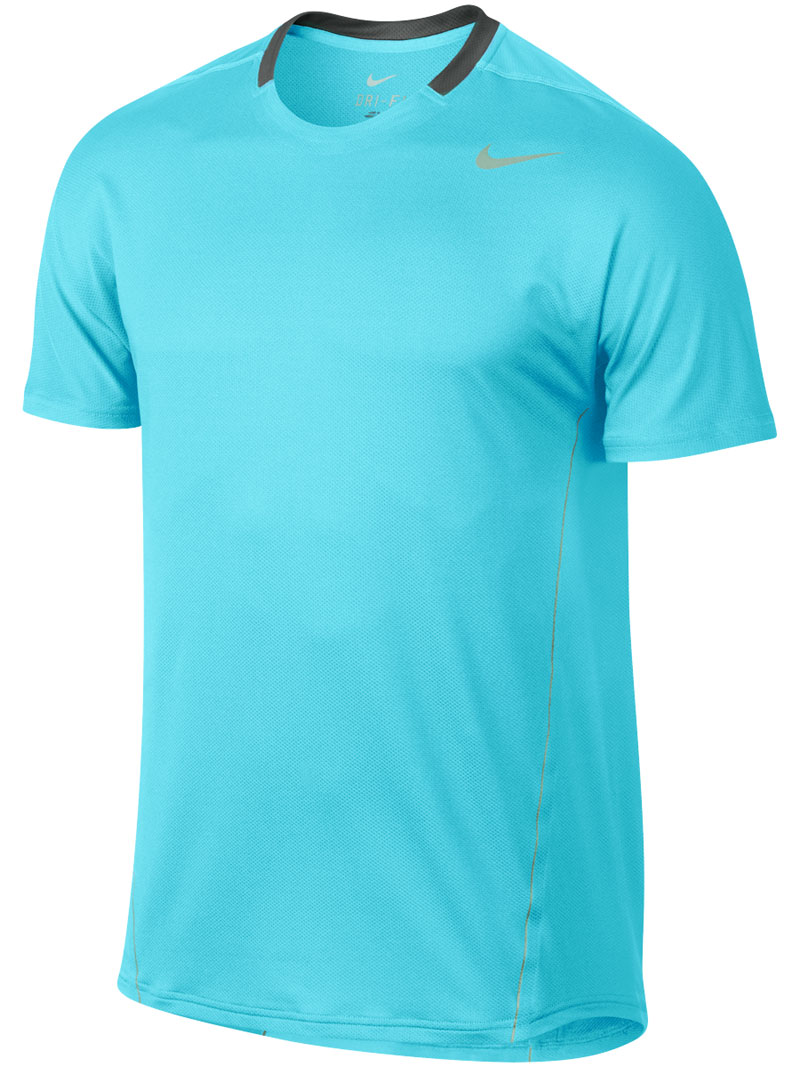 The clay of Roland Garros has brought forth many great battles throughout the years for the world’s most exciting tennis players. The red-crushed-brick, coupled with Springtime in Paris always makes the year’s second major a fan favorite.

With that said, the team of designers at Nike Tennis is proud to present the latest men’s collection for the 2014 French Open.

Aiming for his ninth title in the City of Lights, Rafa Nadal will look his best when he enters Court Philippe Chatrier sporting the Summer Premier Rafa Crew (pictured to the right) in polarized blue with metallic zinc, which will be paired with the Premier Gladiator Short in dark base grey with metallic zinc.

Showing great form to start his 2014 clay court campaign, Roger Federer’s majestic style will be further amplified when he debuts the Summer Premier RF Crew in grey heather with legion red and metallic summit white, which will compliment the Premier Gladiator Short in base grey with metallic zinc. Roger’s latest colorway for the Nike Zoom Vapor 9.5 Tour will be presented in light base grey, white, base grey, laser crimson and his contoured and his chic warm up will be called the Summer Premier RF Jacket.

Inching closer to the top 10 with each great result, Grigor Dimitrov will be adamant on reaching the final weekend of the fortnight in his latest kit. Looking to pounce on every short ball with his potent forehand, Dimitrov’s Summer Rally Sphere Stripe Crew in medium base grey with venom green and cool grey, will compliment the Summer Gladiator Woven 10″ Short in venom green with cool grey. Dimitrov’s footwear in France will be the Vapor 9.5 Tour Clay in light base grey, midnight navy, white and polarized blue.

Juan Martin del Potro, Bernard Tomic, Ryan Harrison and the rest of the Nike Sponsored tennis pros will also be outfitted in the latest apparel and footwear for the 2014 French Open collection.