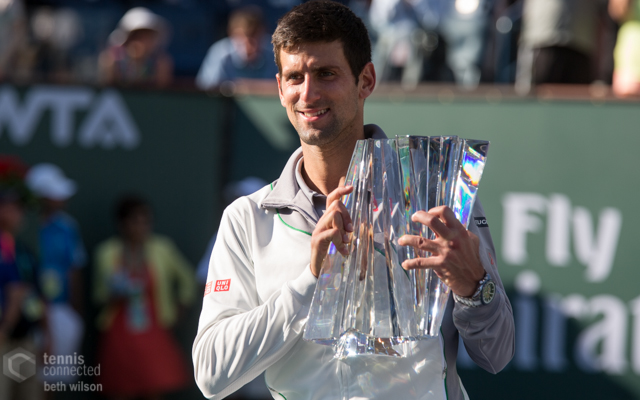 No. 2 seed Novak Djokovic won his first title of 2014 at the BNP Paribas Open on Sunday, defeating No. 7 seed Roger Federer, 3-6, 6-3, 7-6(3). In a match that took two hours and 12 minutes to complete, Djokovic struck six aces, won 76 percent of his first serve points and converted on two of six break point chances. Losing to Federer at the Dubai Open late last month, Djokovic picked up his 42nd career title and 16th win against Federer in 33 meetings.

Federer, who was attempting to win his first Masters 1000 title since Mason, Ohio in 2012, dropped to 19-3 on the season. Both Federer and Djokovic will be in action next week at the Sony Open in Miami.