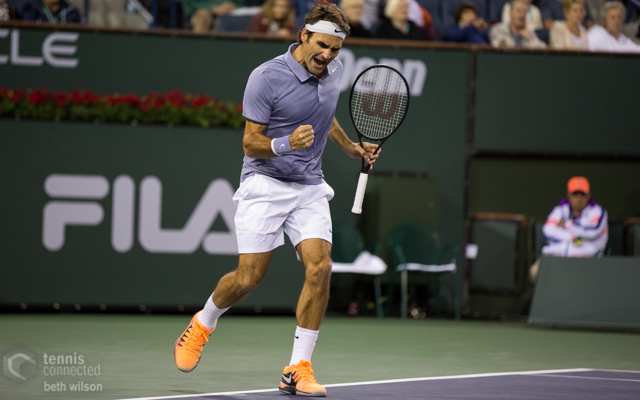 In his many years in the game, there is not much that Roger Federer hasn’t seen or experienced. From his incredible successes on the court to his role as the president of the ATP World Tour Player Council, the Swiss superstar is both experienced and knowledgeable when it comes to the inner workings of the game. So that’s why I’m taking the Federer approach in respect of the newly created International Premier Tennis League (IPTL).

The brainchild of Indian doubles specialist Mahesh Bhupathi, the IPTL concept is for teams representing various cities in Asia and the Middle East to play one another in late November and early December each year. The makeup of the teams includes both current stars, such as Rafael Nadal, Novak Djokovic and Tomas Berdych, and former champions of the game, including Pete Sampras and Andre Agassi. The self-styled “player auction” was conducted at The Oberoi Hotel in Dubai following the conclusion of the Dubai Duty Free Tennis Championships a couple of weeks ago, with the inaugural event including teams representing Singapore, Mumbai, Bangkok and Dubai.

The rationale for the IPTL is multi-faceted but simple to understand: 1) showcase more of the sport in the Asian market, where the demographics and growing population represent huge opportunities for the sport, and where the sport is currently significantly under-represented vis-à-vis Europe, Australasia and North America; 2) attract valuable television ratings during the end of year festive season (which is a dead time for tennis, once the Davis Cup final has been played and the season-ending WTA and ATP championships have been held); and 3) attract new spectators to the sport, in much the same way as the T20 cricket format, with its vastly reduced playing time compared with other formats, has become immensely popular among people who previously had little interest in the sport.

As a citizen of cricket-mad India, Bhupathi has a good insight into the value that has been created by the development of the T20 format. Bhupathi’s heritage also allows him to understand the huge untapped potential in the Asian market for tennis. However, Federer has declared that he will not participate in the initial season of the IPTL, preferring to wait and see how it fares before committing his name (and powerful brand) to the event. In this respect I think he is exactly right. I have a number of reservations about the event, and only time will tell whether these translate into major problems for Bhupathi and co. or simply worries that fade away as the event gains traction.

Firstly, it seems to me to be hypocritical of players such as Nadal and Murray to commit to the IPTL when they are constantly complaining about the length of the season and the obligation on the top players to participate in a high number of events in each season. When it comes to the crunch, will players such as Nadal truly commit to the event, or instead will they be focusing on end of season recovery and rehabilitation and getting their bodies ready for the Australian Open?

Secondly, will the public in Asia and beyond truly embrace the event? The first few ties will of course attract decent crowds and television ratings for the sheer novelty factor, but I wonder whether people will continue to watch and to attend the ties once the novelty wears off. Tennis follows a highly tiered structure with respect to its events, and I wonder how much importance fans and players alike will attach to the IPTL as compared with the Grand Slams, the Masters 1000 events and the Davis and Federation Cups.

Finally, will the IPTL ultimately prove to be a profitable and self-sustaining event? The IPL in cricket has been plagued by controversy and corruption and these days seems to be a blur of meaningless matches played for the sheer sake of it. Whether Bhupathi and his backers, who have obviously invested a significant amount in attracting players of the calibre of Nadal, Djokovic, Agassi and Sampras, can generate sufficient sponsors and television distribution rights to keep the event afloat remains to be seen, but I have my doubts at this stage.

All in all, I wish the organisers of the IPTL all the best and hope, for the sake of the sport, that it can be a success and raise the profile of the sport in Asia. But Federer is a wise man, on and off the court, and if I were one of the players being courted by the IPTL organisers, I’d be adopting his approach and reserving judgment for a couple of years before making any commitments to the event.

That’s it for this month. I’ll be back with another issue of I-Formation next month. Until then, enjoy the tennis and follow all of my tennis news on Twitter: @satelliteserve.