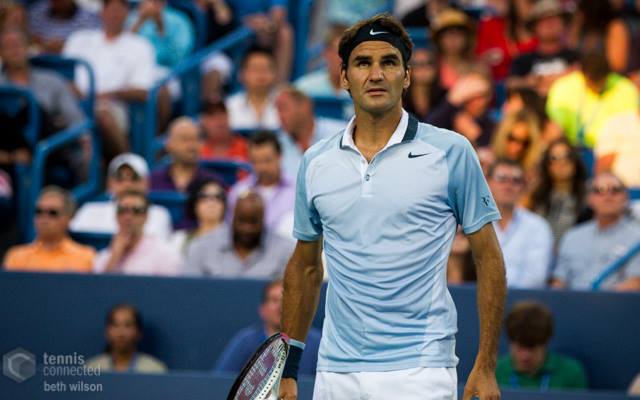 For the third year in succession, world number one Serena Williams has been knocked out of the Australian Open before the semi-finals, this time falling in 3 sets to former French Open champion Ana Ivanovic.

While reports after the match indicated that the 17-time Grand Slam champion Williams was troubled by back problems, take nothing away from the revitalised Serb, who backed up her scintillating display against Sam Stosur with another dynamic performance. Having never beaten Williams previously, Ivanovic stayed on the aggressive throughout the match and capitalised on an unusually sluggish performance from Williams to prevail in 3 sets.

Ivanovic will face up-and-coming Canadian youngster Eugenie Bouchard for a place in the semi-finals after the thirtieth seed ended the fairytale run of Aussie Casey Dellacqua. The unseeded Dellacqua snatched the first set in a tiebreaker, but was thereafter unable to match the power and consistency of Bouchard, who won the second and third sets for loss of just 2 games. Italian veteran Flavia Pennetta also prevailed on Day 7, outlasting ninth seed Angelique Kerber 7-5 in the deciding set, but the performance of the day award has to go to fourth seed Li Na, who annihilated Russian Ekaterina Makarova 6-2 6-0.

A similarly devastating performance was turned in by defending men’s champion Novak Djokovic, who dropped just 5 games in dismissing fifteenth seed Fabio Fognini. Tomas Berdych also won through in straight sets, overcoming a tired Kevin Anderson, who had rallied from 2 sets to love down in each of his previous 2 matches.

Third seed David Ferrer looked in trouble when he dropped the first set to Florian Mayer but showcased his trademark grit to emerge victorious in 4 sets. In the evening match, Switzerland’s Stan Wawrinka was too good for Tommy Robredo, accounting for the Spaniard in 3 tight sets to set up a quarter-final showdown with Novak Djokovic, in what will be a rematch of their thrilling 2013 battle at Melbourne Park.

This pair hasn’t taken to the court to face one another since last year’s semi-spiteful semi-final clash at Melbourne Park, where Azarenka took a dubious injury time-out right after she had squandered 5 match points and Stephens had recovered to be back on serve in the second set. The Belarusian went on to win the match and ultimately claim a second consecutive Australian Open crown, but she didn’t endear herself to the Australian crowd at all in doing so.

Stephens always brings out her best tennis at the majors, and she will have greater self-belief going into today’s clash than she did in the corresponding encounter last year. Azarenka was at her ruthless best in the previous round, crushing Meusberger, but the second seed will face a far sterner test in this match. Still, I think Azarenka, if she can keep it together mentally, has too much firepower for Stephens. Azarenka in 3.

Roger Federer has had a very easy run to the round of 16 but, assuming he can stay alive in the tournament, things are about to get significantly tougher for the 17-time major champion from here on in. The faster pace of the Melbourne Park courts suits Federer, but also suits his opponent today, Frenchman Jo-Wilfried Tsonga.

Tsonga, a finalist in Melbourne in 2008 when he destroyed Rafael Nadal in the semi-finals, has been serving particularly well during the Australian summer and has been experimenting with more frequent visits to the net, as has Federer under the tutelage of new advisor Stefan Edberg. This match should be a pleasure to watch as a result, but I think Tsonga is playing better at present and will gain revenge for his loss to Federer in an exhibition at Melbourne Park in the lead-up to the tournament with a hard-fought 5 set victory. Tsonga in 5.

The world number one looked in ominous form in the round of 32, dismantling the game of the talented Gael Monfils with clinical precision. Nadal started the new season in a race against time to get fully fit for this tournament after opting for treatment on his knee during the off-season, but he is slowly starting to pick up his game and, despite being notoriously hard to please, seemed very satisfied with his performance against Monfils.

Nishikori is a great player, blessed with terrific athleticism and court coverage, and is very solid off both wings from the back of the court. I can’t see him being able to overpower Nadal, however, nor can I see him being able to stay with the Spaniard physically over a best of 5 sets contest. Nadal in 3.

For the first time in his career, Bulgarian Grigor Dimitrov has made it through to the fourth round of a major, and “Baby Federer” now has a tremendous opportunity to make it to the quarter-finals. Dimitrov faces a red-hot opponent in Bautista Agut, who has taken down seeds Del Potro and Paire in his last couple of matches, but the Spaniard has got to come off the boil at some point.

Dimitrov’s down-to-earth coach Roger Rasheed will be imploring the youngster not to underestimate his opponent today, and it will be fascinating to see if the Bulgarian feels the pressure of being expected to win. In his last match, all the pressure was on his higher-ranked opponent, Milos Raonic, whereas now it is Dimitrov’s time to feel the heat. If Dimitrov can stay calm and focus on executing his game plan, I think he will be too good for Bautista Agut. Dimitrov in 4.

As noted previously, Andy Murray is only slowly getting back to his best tennis, but the Wimbledon champion put in his best performance of the tournament to date with an impressive win over the dangerous Feliciano Lopez in the third round. Murray plays lucky loser Stephane Robert today, the Frenchman making history by becoming the first lucky loser to make it through to the second week of the Australian Open.

Robert has had nothing to lose at Melbourne Park this past week after being eliminated in the qualifying tournament, only to receive a lifeline when the German Kohlschreiber retired pre-tournament with a hamstring injury. The Frenchman has certainly played like a man given a second chance, and will be no pushover for Murray, with the 33 year old Robert having beaten Tomas Berdych at the 2011 French Open. That said, I think Murray’s all-court game will be too solid for Robert today. Murray in 3.