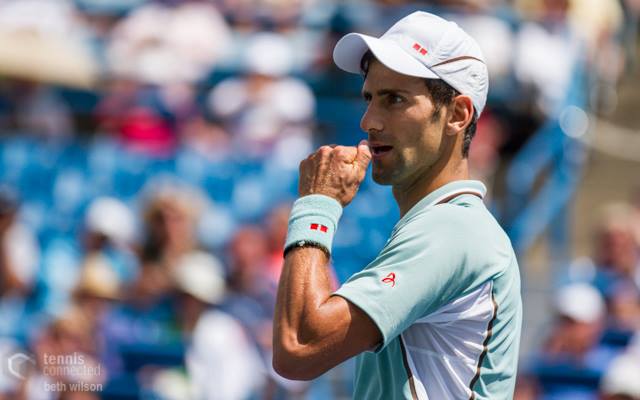 The big guns produced big performances on Day 6 of the Open, with Messrs. Federer, Murray, Nadal and Tsonga all progressing to the round of 16 with straight sets victories.

Whilst Federer was always a certainty to breeze past the Russian Gabashvili, Murray and Tsonga will be pleased to have defeated Lopez and Simon in straight sets respectively. Similarly, top seed Rafael Nadal looked delighted to have swept past the dangerous Gael Monfils in the night session.

For the first time in his career, Grigor Dimitrov is through to the second week of a Grand Slam, the Bulgarian ousting Milos Raonic in 4 sets after holding his nerve in a 22 point fourth set tiebreaker. Joining him in the fourth round will be Kei Nishikori, who thrashed Donald Young, and Frenchman Stephane Robert, who become the first lucky loser to ever make it through to the round of 16.

Defending champion Victoria Azarenka was at her ruthless best on Day 6, the Belarusian conceding just one game against the hapless Yvonne Meusberger. Maria Sharapova overcame some second set wobbles to defeat Alize Cornet in straight sets, whilst there were also wins for Sloane Stephens, Jelena Jankovic and Dominika Cibulkova.

Former world number one Caroline Wozniacki crashed out of the tournament, the Dane overpowered by the in-form Spaniard Garbine Muguruza. Agnieszka Radwanska also seemed as though she was heading to the airport, but the Pole dug deep to beat the Russian Pavlyuchenkova in a tough 3-setter.

In recent years former world number one Ana Ivanovic has struggled to reach the heights of 2008, where she made the Australian Open final and won the French Open. The Serb looked at her dynamic best against Sam Stosur on Friday however, serving with precision and being ultra-aggressive with her forehand from the back of the court.

Ivanovic will need to continue to be aggressive in this match, otherwise the top seeded Williams will make her pay dearly. The 5-time Australian Open champion hasn’t been overextended in her matches in the tournament to date, but could have a battle on her hands if Ivanovic can maintain the form she exhibited against Stosur. That, however, is a big if. Williams in 2.

West Aussie Casey Dellacqua became the darling of the Melbourne crowd in 2008 when she made a surprise run to the fourth round. Since then, the leftie has battled a series of injuries and seriously doubted whether she’d ever get back to the second week of a Grand Slam. But Dellacqua has built on her fine doubles form in the last 12 months (she made 3 Grand Slam finals in 2013) and has taken out a string of quality players to make it back to the round of 16 at Melbourne Park.

Eugenie Bouchard is a star in the making, the Canadian bursting on to the WTA Tour in the last 12 months or so, and showing that she has all the attributes to make her a future top 10 player. Bouchard is already hovering on the cusp of the world’s top 30, and will be eager to extend what is already her longest stay at a Grand Slam tournament. Bouchard in 3.

Switzerland’s Stan Wawrinka had a standout season on the ATP Tour in 2013, and it all started for him in Melbourne, where he pushed eventual champion Novak Djokovic to the absolute brink in their pulsating fourth round clash, finally succumbing 16-14 in the final set.

Although he lost to Djokovic, the match seemed to give Wawrinka a healthy dose of self-belief and by season’s end the Swiss star was in the top 10 and a US Open semi-finalist. Veteran Robredo had a good win over ninth seed Richard Gasquet in the round of 32, but I think Wawrinka will be too fit and too strong in this one. Wawrinka in 4.

These two players know each other’s games very well, having grown up together in the junior ranks and both progressing to the ATP Tour from there. Djokovic has of course had the far more successful career to date, but Fognini has been something of a late bloomer and his career has started to blossom over the last couple of years.

Although more renowned as a clay-court expert, Fognini has made the top 20 as a result of good performances on all surfaces and took down the dangerous Sam Querrey in straight sets in the round of 32. Djokovic has yet to be tested in the tournament and, while the Italian could give him a couple of anxious moments, I think it should be smooth sailing for the most part. Djokovic in 3.

Two-time finalist Li Na was mere centimetres away from being bundled out of the tournament in the third round, down match point to Czech Lucie Safarova. Fortunately for the Chinese superstar, Safarova’s shot on match point was long and the fourth seed ultimately escaped with a 3 set victory.

Li should be more focused today following that scare, and she will need to be, as her opponent today is a very tricky player. Makarova knocked Serena Williams out of the 2012 Australian Open and took down Serena’s sister Venus in the opening round of this year’s tournament. Li should have too much firepower for her Russian opponent, but don’t count Makarova out. Li Na in 3.