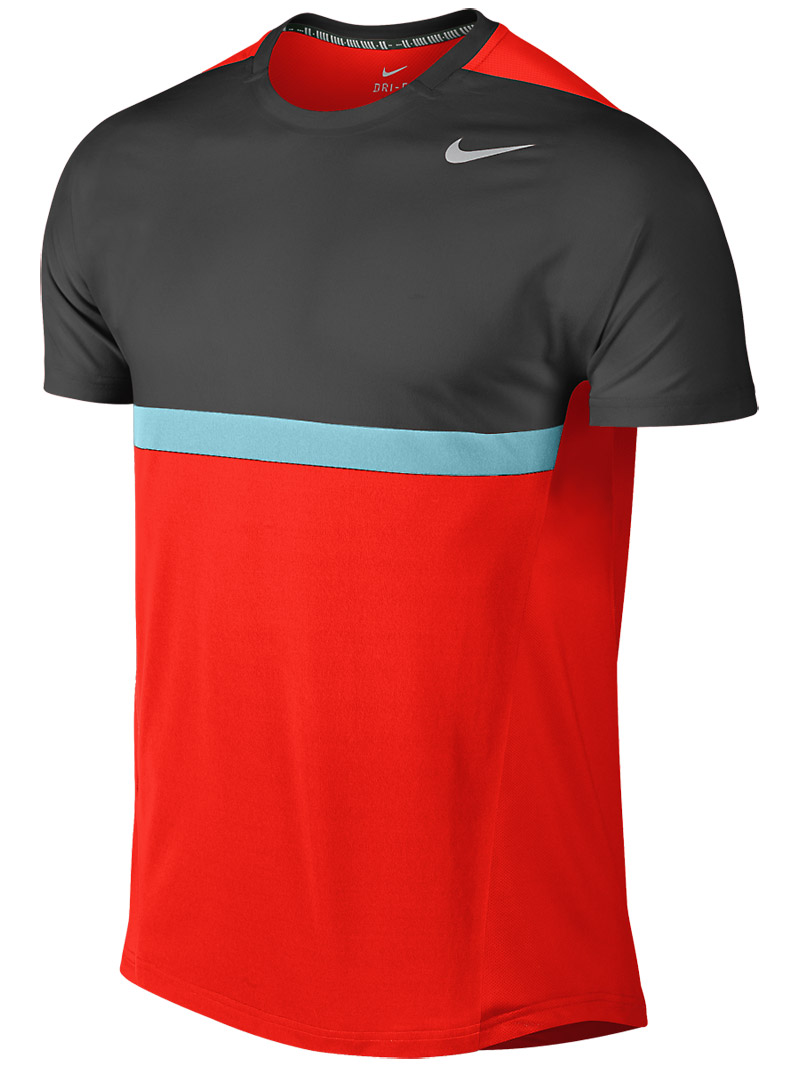 Another scintillating season of world class tennis is set to begin at the 2014 Australian Open. Known for its heat, humidity and friendly fans, the Oz Open is also one of the most dynamic events on the planet, where the top players always showcase their immense talents. The start of the new year also rings in the 2014 Spring collection from Nike Tennis. Always on the edge of innovation and style, the latest collection from Nike will showcase the newest trends for Rafael Nadal, Roger Federer and Juan Martin del Potro.

Beginning with the top seed in Australia, Nadal will look to win his second title Down Under when he debuts his totally redesigned Lunar Ballistec shoe. Coming off of two years of success with the Air Courtballistec 4.3, the LB model is lighter in weight, smoother in construction and has enough fashion flair for the soccer or basketball fan to appreciate. Rafa’s eye-catching Lunar Ballistec for Australia will be highlighted in laser crimson, white and grey. This shoe is backed with a 6-month durability guarantee.

Looking to rebound after a challenging 2013 season, four-time former winner Roger Federer will begin his quest for major No. 18 with his all-new signature Vapor 9.5. Holding many of the great specs of the previous Vapor 9, the 9.5 includes a new color splash at the heal of the shoe and a completely seamless upper. Federer’s colorway for the Vapor 9.5 in Australia will available in light crimson, night factor (teal blue), diffused jade and white.

The Swiss great is set to unveil his latest Premier RF Polo in night factor with metallic silver.  Holding the same great comfort and light-weight fabrics as in previous RF lines, you’ll be sure to impress at any club event in these new duds. Finally, Federer’s warm up jacket to begin 2014 will be the Premier RF Cover-Up Jacket in light crimson with metallic silver. This is by far the best jacket we’ve seen Federer sport in years.

Earning a top five ranking and looking for a higher seed in 2014, Argentine Juan Martin del Potro starts his Oz campaign in the Spring Advantage UV Crew, which will be paired with the Spring Gladiator 10″ Short. Delpo’s shoe of choice for Australia will be the Air Max Cage in silver, white with light crimson.