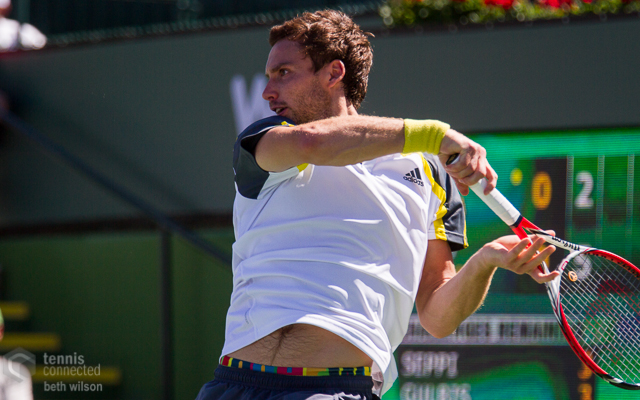 The 2014 Australian Open gets underway at Melbourne Park on Monday, with defending men’s singles champion Novak Djokovic and world number one Serena Williams, holders of 9 Australian Open titles between them, both featuring on the opening day of play.

Top seeded Williams faces an interesting opponent in the opening round in the form of local girl and rising star Ashleigh Barty. The diminutive Aussie is a former Wimbledon junior champion and, although she is yet to make a major impact on the WTA Tour in terms of singles performances, relying on a wildcard to enter the main draw of this tournament, Barty has already impressed on the doubles circuit. The Aussie, teaming up with compatriot Casey Dellacqua, made the final of 3 Grand Slams in 2013, thanks in no small part to her fabulous volleying ability.

I suspect that the enormity of the occasion might overwhelm the teenager, who is up against a superstar and ultra-competitor in Serena Williams, but it will be fascinating to see how Barty fares and an invaluable experience in terms of career development. Williams in 2.

This match pits a pair of Wimbledon 2013 darlings against one another. Young gun Robson made a storming run to the round of 16 at the All England Club last year, to the delight of the local fans and press, and showcased a shot-making ability that has convinced many astute observers that she is destined for greatness. Flipkens fared even better at Wimbledon, making the semi-finals as the crafty Belgian finally got a chance to shine after a horror run with injuries.

Robson has had concerns of late over a left wrist injury, which forced her to pull out of a warm-up event in Auckland last week. Flipkens, who knows all too well about such issues, is the higher ranked player and my favourite to progress. Robson has an abundance of talent, but at this point simply lacks sufficient match practice to trouble the Belgian. Flipkens in 3.

Evergreen German Tommy Haas enters the 2014 season off the back of a fabulous 2013 season, which saw him make the quarter-finals at Roland Garros and re-establish himself inside the world’s top 20. The veteran has a good draw in Melbourne and I think the twelfth seed can make a good run into the second week of the tournament if things go his way.

Garcia-Lopez is a handy player, having been ranked as high as 23 in the world and having twice made it through to the round of 32 at Melbourne Park. However, the Spaniard doesn’t have any huge weapons to speak of, and I think Haas will progress to the second round rather comfortably. Haas in 3.

Former US Open champion Sam Stosur always seems to succumb to the pressure of playing in front of a home crowd in Australia, with the seventeenth seed’s recent playing record Down Under very poor for a player of her calibre. After losing all of her singles matches at the Hopman Cup in Perth, Stosur seemed to be turning her form around with a run to the semi-finals in Hobart, only to be thoroughly outplayed at that stage of the tournament by Zakopalova.

A former top 20 player, Zakopalova is an underrated competitor on the WTA Tour and will head into the match full of confidence after her commanding win over Stosur in Hobart. But each match is a different contest, and I’ll take Stosur to gain revenge over the Czech, although I’m still not confident of the Aussie making a deep run in the tournament. Stosur in 3.

A year or two ago, this match would have seen Monaco as the seeded player and Gulbis as the unseeded one. But a poor 2013 season for the Argentine, which saw him lose in the first round of 3 of the 4 Grand Slams and resulted in his ranking plummeting outside the top 40, means he is the unlucky player to draw the twenty-third seeded Gulbis in the first round.

Although Monaco is a clay-court specialist, the former top 10 player is very competent on hard-courts as well, and will seize his opportunity if Gulbis is off his game. The enigmatic Latvian is capable of literally anything on a tennis court, both good and bad, but appears to have matured in recent months. Unsurprisingly, that has coincided with a rise up the rankings. Gulbis in 4.

Put your house on: Novak Djokovic to cruise past Slovakia’s Lukas Lacko without dropping a set. The second seed has had a low-key preparation and will look to ease into the tournament with a minimum of fuss.

Likely to go the distance: Big-hitting German Julia Goerges faces a very different type of player in seventh seed Sara Errani, who relies of adept court coverage and consistency from the back of the court. This should be an entertaining, and lengthy, encounter.