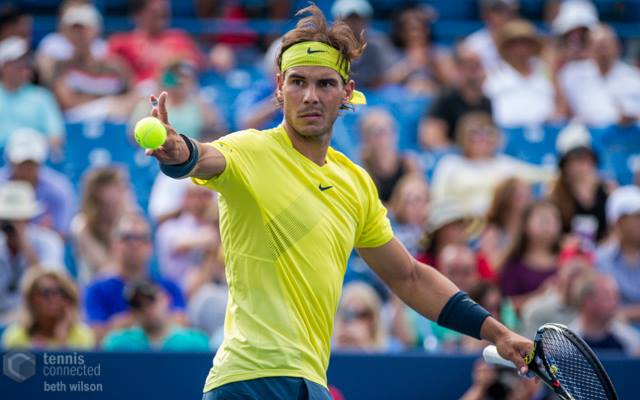 Greetings and welcome to two weeks of coverage of the first Grand Slam of the new year. As always, plenty of storylines are emerging as we head into the tournament. Will Victoria Azarenka be able to claim a hat-trick of titles at Melbourne Park? Are Rafael Nadal and Andy Murray sufficiently prepared after their offseason treatments to challenge Novak Djokovic, the King of Down Under for the last 3 seasons? Does Roger Federer still have what it takes to win major titles? All these questions, plus plenty of others, are sure to keep tennis fans captivated over the coming fortnight.

The happiest man in Melbourne after the men’s singles draw was completed would have to have been world number two Novak Djokovic. The 3-time defending champion, who is looking to claim a fifth career Australian Open title, has been presented with a highly favourable draw. Whilst Djokovic is scheduled to clash with eighth seed Stan Wawrinka in the quarter-finals, in what would be a rematch of their epic 5-setter in Melbourne last year, the second seed should have no trouble progressing to the final 8. Names such as Tursunov and Fognini won’t strike fear in the heart of the Serb, although the unpredictable but talented Ernests Gulbis is lurking in Djokovic’s quarter.

Top seed Rafael Nadal, in contrast to Djokovic, has been assigned a particularly difficult route to the final. The Spaniard faces a blockbuster clash against local young gun Bernard Tomic in the opening round, and could face players of the calibre of Monfils, Hewitt and/or Nishikori before even making it through to the quarter-finals. If Juan Martin Del Potro can navigate his way through a section of the draw featuring big-serving Milos Raonic and the rising star Grigor Dimitrov, the Argentine should square off against Nadal in what would be a mouth-watering quarterfinal.

The other two quarters of the draw look pretty open, to my mind. Andy Murray, by his own admission, is still working his way back to full fitness and lacks match practice, especially in terms of long matches. I wouldn’t be surprised to see Federer or Tsonga make a run to the semi-finals from Murray’s quarter, whilst long John Isner, a recent tournament winner in Auckland, has to be considered a dark horse to make a deep run in the tournament.

Similarly, third seed David Ferrer faces a tough task to emerge from his quarter of the draw, with the diminutive Spaniard likely to face challenges from players including Chardy and Dolgopolov (both of whom have played well in Melbourne in the past) and twentieth seed Jerzy Janowicz. The scheduled fourth round clash between Tommy Haas and Tomas Berdych, if it eventuates, should be a beauty and the victor would fancy his chances of making it through to the semi-finals.

With the courts at Melbourne Park supposedly faster than in previous years, Djokovic, a recent exhibition event winner in Abu Dhabi, will be full of confidence heading into the tournament supported by his new head coach, Boris Becker. The Serb finished the 2013 season in scintillating form and, with Nadal opting to have treatment on his troublesome knee in the offseason and subsequently being in a race against time to get fully fit for Melbourne, Djokovic will be confident of beating his great rival if the pair meet in the final.

Nadal is the ultimate competitor and I think he will fight and scrap his way through to the final. In my opinion, such efforts will, however, take their toll on the Spanish warrior, leaving Djokovic to once again hold up the Norman Brookes Challenge Cup on the final Sunday of the tournament.

To my mind, out of the 128 players in the main draw in the women’s singles, only 5 have a realistic chance of winning the title: top seed Serena Williams, two-time defending champion Victoria Azarenka, two-time runner-up Li Na, former champion Maria Sharapova and fifth seed Agnieszka Radwanska.

Of those 5 players, world number one Serena Williams looks to have the easiest path through to the semi-finals. There are some talented players in Williams’ bracket, but each is unlikely to challenge the American in this tournament. Sam Stosur always seems to struggle at home in Australia, Laura Robson has had recent injury concerns, rising star Eugenie Bouchard needs more big-match experience, and seventh seed Sara Errani is usually overwhelmed by the power game of the 17-time Grand Slam champion.

Fourth seed Li Na has a tougher quarter, with high-quality players such as Kerber, Kvitova, Venus Williams and Lisicki lurking in the same quarter. But the Chinese superstar loves playing in Australia and finished the 2013 season strongly. The former French Open champion knows her window for winning Grand Slams is running out and she seems desperate to give the quest everything she has in the next couple of seasons, working hard on improving her fitness and agility with coach Carlos Rodriguez. I’ll back her to return to the semi-finals at Melbourne Park.

Similar to Andy Murray, Maria Sharapova enters the first Grand Slam of the year with a question mark against her name, with the Russian having only recently returned to the WTA Tour following time off to deal with shoulder problems. Sharapova’s performance in the Brisbane International, where she made it through to the final, was encouraging but I still think the third seed lacks enough recent match practice to be a true contender at Melbourne Park this year. Eleventh seed Simona Halep was a revelation on the WTA Tour last year, capturing an astonishing 6 titles and rocketing up the rankings. Halep is at her best on hard-courts and I think she could make a surprise run to the semi-finals in Melbourne.

Another player who loves playing on fast hard-courts and in Australia is defending champion Victoria Azarenka. To my mind, Williams and Azarenka (and perhaps Sharapova, when fully fit and firing) are a class above the rest of the other players on the WTA Tour and I think the Belarusian will make it through to another final Down Under. Radwanska, Wozniacki and last year’s surprise performer in Australia, Sloane Stephens, are all in Azarenka’s quarter of the draw, but I can’t see any of them besting the second seed.

Whilst Williams holds a commanding 14-3 head-to-head career advantage over Azarenka, the Belarusian has fared much better against the world number one in recent times, winning 2 of the last 5 matches between the pair. If the duo renews their rivalry in the final, I think it will be another very tight match. Williams seems better prepared for the tournament and seems to have a slight mental edge over Azarenka in the biggest matches, having defeated her younger opponent in the last couple of US Open finals by the narrowest of margins. Having not lifted the trophy at Melbourne Park since 2010, the ultra-competitive Williams will be desperate to regain the title. For these reasons, I’ll back Serena to capture her sixth Australian Open crown.

That’s it for today. Enjoy the tennis and I’ll be back with another serve tomorrow to preview Monday’s action. In the meantime, you can follow me on Twitter: @satelliteserve.