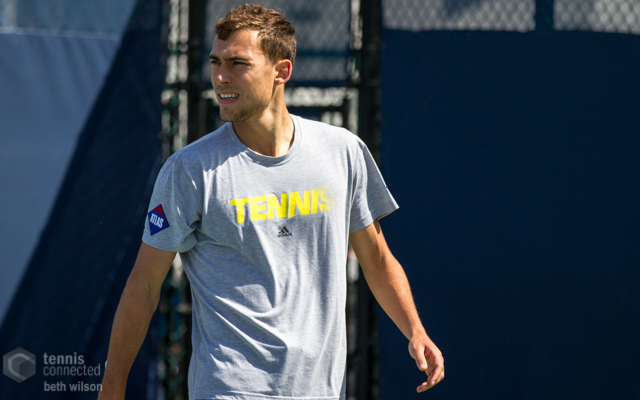 With the Australian Open ready to kick start the new calender year in about six weeks, there’s no better time than to turn on that crystal ball and throw our hands into the prediction pot for the 2014 year-end rankings.

In a fascinating season that featured Rafa Nadal storm back from injury to reclaim the No. 1 ranking, Roger Federer by contrast had his worst season in a decade, falling to No. 6 and winning only one smaller-tier title. Stan Wawrinka made himself a name to remember over the holidays as he finished a proud member in the top 10 for the second time in his career; so to did Richard Gasquet, who chalked up three titles and squeaked by Milos Raonic to claim the 10th position on the computer.

With that said, where will we be in a year from now? Will Nadal have equaled or nearly caught up to Federer’s mark of 17 majors? Will Novak Djokovic grab his elusive title at Roland Garros and join Rafa and Roger with all four slams? How will Andy Murray fit into the sport’s dominated rivalry that Rafa-Nole have captured? Will the Scot rebound after minor back surgery to reclaim his Wimbledon title, while imposing himself at the other majors? Finally, could we see Jerzy Janowicz or Grigor Dimitrov finally make that push into the elite top 10 and live up to their much-hyped potential?

The world of tennis is certainly a wacky place and trying to predict what will happen in a year’s time is never easy. Nevertheless, we’ll give it another shot and see how high we can hold our heads come mid-November in 2014.

1. Rafael Nadal: The Mallorcan could very well seal the year-end ranking in January if he can win the Aussie Open. Why? Because he has zero points to defend Down Under and showed over the course of 2013 that no pressure usually means a win by week’s end. Oh, did I mention that he has zero points to defend at Wimbledon and Miami as well? Although Nadal has a ton of points to defend between March-September (and we mean a ton), he should clean up again on the clay and do well enough on grass and asphalt to roll to another No. 1 finish.

2. Novak Djokovic: Nole won’t be happy to finish No. 2 again for the second straight year, but it’s hard to see him claiming his fifth title in Oz, especially after everything he put into his post US Open run. Yes, Djokovic is one heck of a player, and yes, he can go on long winning streaks throughout important parts of the year. But, the Serb still hasn’t claimed the title in France and the clay season has such great implications on the rankings come year’s end.

3. Juan Martin del Potro: This is where it starts getting interesting. At 25, Delpo is certainly coming into his own. Defeating all Big Four members throughout ’13, the Argentine used his wrecking ball forehand to showcase his elite talent on court. Coupled with the fact that he knows his way around a clay-court and proved that he can play on grass (see Wimbledon semifinal run), Juan Martin could very well win his second slam and his first Masters title in 2014.

4. Andy Murray: Still in the prime of his career, one wonders how Murray will perform the first half of the season? He has finals points to defend at the Oz Open and he won the tune up event in Brisbane. The Scot did little to nothing on the clay in ’13 and that could once again dent his chances of finishing higher. Still, Murray is a tough out at any event and he will continue to be solid—and a slam threat—throughout 2014.

5. David Ferrer: I wrote off Ferrer from a top 10 position at the end of 2013 and boy was I wrong. Not only did the Spaniard finish in the top three, he also made his first slam final at the French Open and reached eight other finals. Ferrer will have a tough task in reaching the RG final in ’14, but he will continue to beat the players that he should.

6. Stanislas Wawrinka: I like what I’ve seen from Stan the man in the past 12 months and I’d be shocked if he wasn’t hungrier for more success. Magnus Norman has done wonders for his career and the decision to stick with him is a great one. Wawrinka will have to continue to work on his forehand for better use in pressure situations and his transition game could also be stronger. However, Stan looks like he’s enjoying himself out there and that will only lend to more success on Tour. 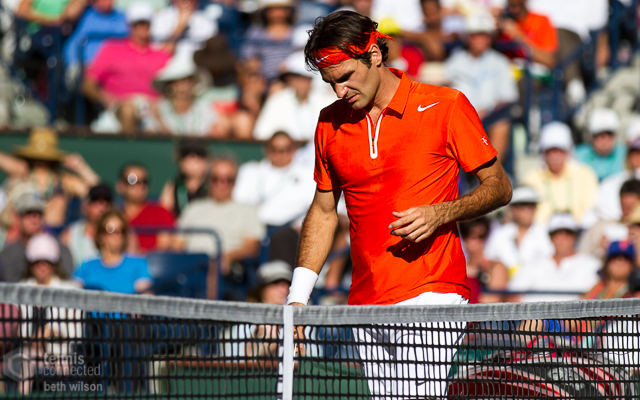 7. Tomas Berdych: Always a Bird and never a champion? Tomas played well throughout 2013 but with no singles titles in his pocket, it will certainly be difficult to break the top five and challenge for the majors. However, the Czech is still good enough to reach the quarters or semis in most events and that will aid him in finishing in the top 10 once again.

8. Jo-Wilfried Tsonga: I hate to say it but Tsonga’s best days are behind him. His coaching situation has never been great, he’s injury prone, his backhand continues to be weak, he’s dabbling with different rackets and his return of serve is one of the worst in the top 10. With that said, Tsonga’s forehand, serve and athleticism are top notch and that should enable him to stick around the elite 10 for at least one more season.

9. Milos Raonic: Finishing near the top for yet another year, it appears Raonic has finally embraced his innate attacking style courtesy of Ivan Ljubicic. Raonic has the desire and professionalism to be a top tenner, but his movement and backhand still need fine tuning in order for him to break into the top five and become a perennial slam candidate.

10. Jerzy Janowicz: Why not show some love for Jerzy? The man can smoke his forehand, rain down serves and his competitiveness amongst his piers is second to none. The Pole believes that he belongs with the big boys and his foot speed and deft touch at net are more than good enough for a place at the top. However, for Janowicz to make that leap into the top five and challenge for the slams, he’ll have to understand his game a tad more and learn to control his temperament on the big points.

Notice the lack of a high profile name missing from the year-end predictions for 2014? Even though Federer will continue to gather the most fan and media attention around the globe, the Swiss legend simply doesn’t have the same movement and consistency as he once did. Can we really see him taking out Djokovic, Murray and Nadal in consecutive slam matches? Can we really see a season where his back is not a problem? Does Federer himself want to grind and get his socks dirty for the first time in his career? It’s really a shame when the greats fade from glory but if 2013 was any indication as to what the future holds for Roger Federer, his follow up season could produce even poorer results. My guess is that he finishes somewhere between 11-15.

Agree with my picks? Have your own top 10 for 2014? Kindly share them below in the comments section.