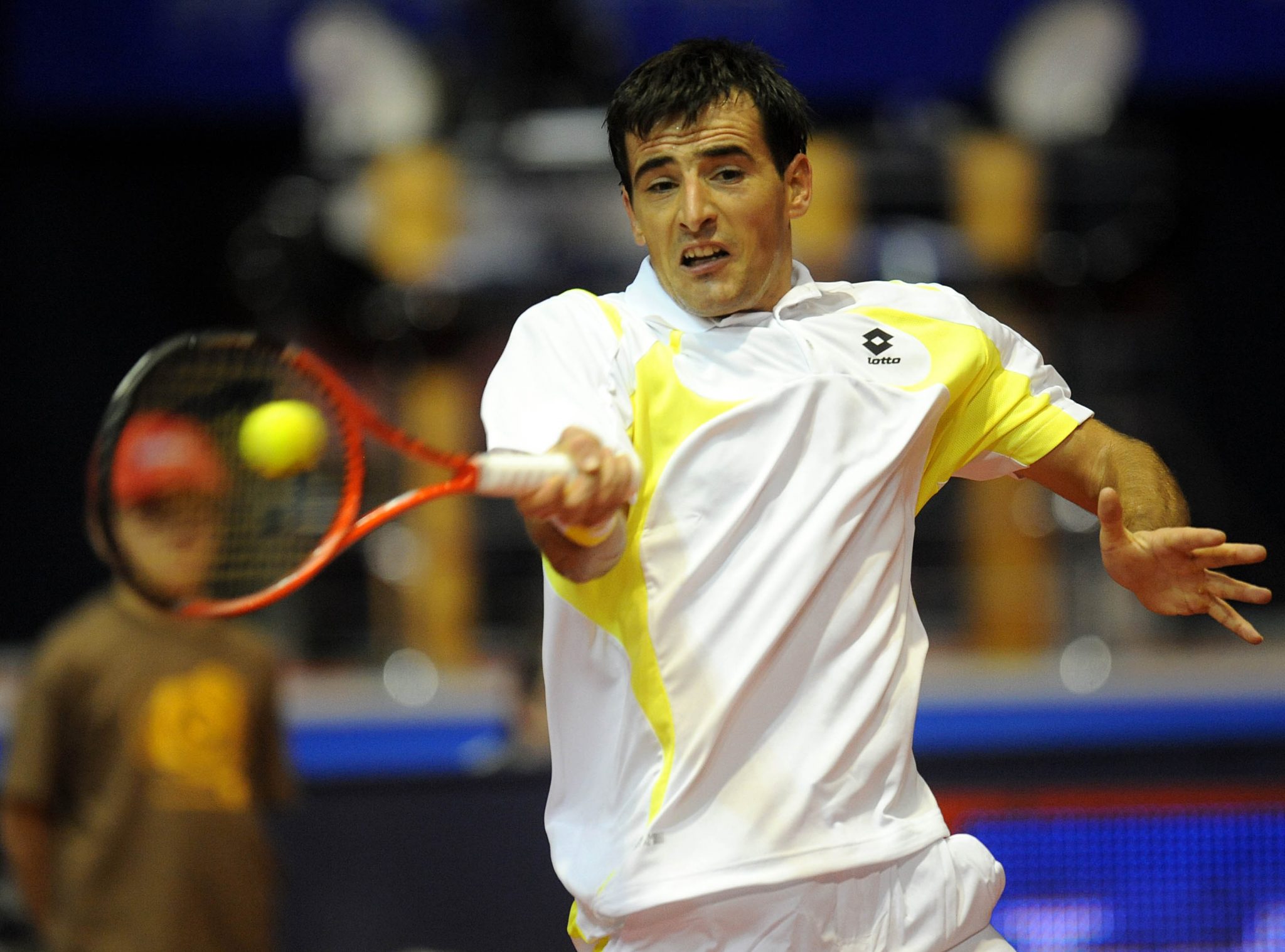 Continuing to carve out a late career surge into the top 100 on the ATP World Tour, Croatian Ivan Dodig became the only player during this year’s Australian Open to take a set from eventual champion Novak Djokovic.

With a current rank of No. 84 in the world, Dodig ended his 2010 campaign by winning a Challenger event in Kazakhstan and by reaching the quarterfinals of the If Stockholm Open in Sweden as a qualifier.

Possessing a canon serve and point-ending forehand, Dodig was keen on answering a gamut of questions regarding his upcoming year.

In the interview below, the focused 26-year-old reveals his career ambitions; who he would most like to compete against on Tour, and why the perfect string tension can make all the difference in a competitive match.

Q) What significant changes did you make to your game in order to reach the top 100 on the ATP World Tour for the first time in November of 2010? Was the physical improvement in your game the deciding factor, or, did your confidence play a big part in your rise in the rankings?

A) During the last two years I started to change my tennis game. I started analyzing each single match and to recognize the positive things of each match. Like this I became more confident and I was able to play better and better.

Q) Talk a little bit about the strong tradition of players to come out of Croatia. Was there a lot of pressure on you growing up to following in the footsteps of your idol Goran Ivanisevic?

A) I think that all the Croatian players had difficulties on the way to became great players, even Goran and  [Ivan] Ljubicic. They needed to fight even more than us now because they didn’t have any support when they started their careers. But on the other hand it gave them extra motivation and spirit to show to everybody that they could really make it.

Q) What would you characterize as the single most difficult moment of your rise into the top 100?

A ) A few years ago I was thinking of stopping my tennis career because I didn’t have any financial support to cover all expenses. Now I am really happy because I found a good team around me. They all helped me a lot to become top 100.

Q. Where do you see yourself ranked at the end of 2011? What tournaments on the circuit would you most like to participate in?

A. I would like to see myself inside the top 50, but I know that the road is not easy; I need a lot of work and experience. This year I want to play ATP World Tour tournaments and make some good results on the Tour level.

Q. Your serve and forehand seem to be your two biggest shots. Do you believe that a player can succeed in today’s game without a big serve and a big forehand?

A. I think that the serve is very important nowadays and luckily it’s my favorite shot.  Each player has his natural favorite shot. If I have to choose between my forehand and my serve, I choose my serve.

Q. How much do you tinker with your racket tension during the course of a year? Does a specific surface alter your tension considerably?

A. For me changing the tension is very important because every tournament is different. The surfaces are never really the same and also the balls are different. I need to adjust during the days before the tournament starts. Only when I found the right string tension I can relax and keep all my mental power to be focused during the match.

Q. If you could have a dream match up against any player on any surface and round, who would it be and why?

Q. What would you most like to be remembered for when you’ve finished your career?

A. I would like to be remembered for a grand slam win, and a Davis cup victory.

Q. Who would you consider your best friend on tour?

A. Definitely Marin Cilic. We  come from same city and we grow up together.

Q. If you could disclose one funny locker room story, what would it be?