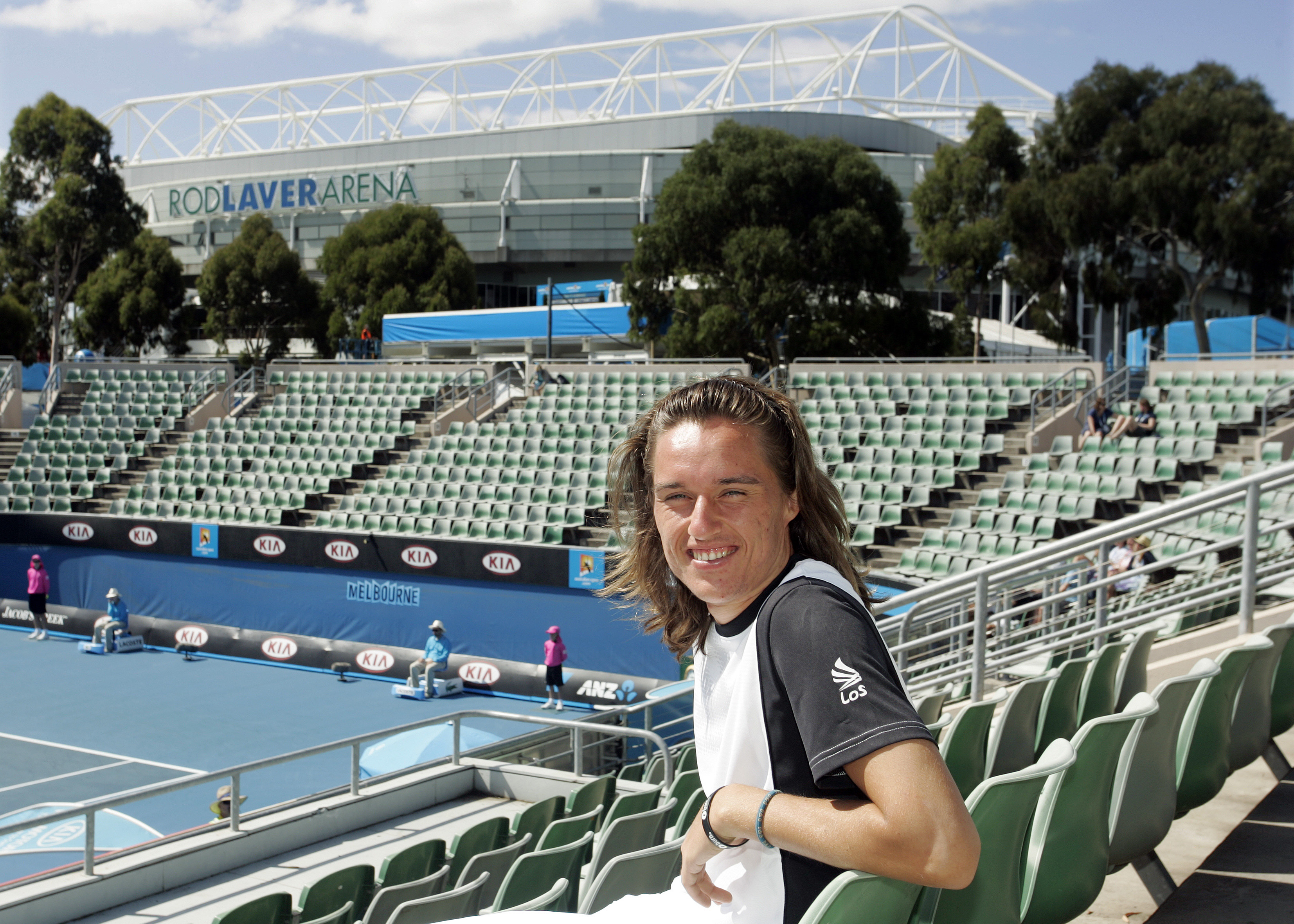 In a recent interview given to TennisConnected.com, world No. 81 Oleksandr Dolgopolov Jr. shared his struggles of growing up with an ex-professional coaching father, mentoring former French Open finalist Andrei Medvedev, and how he spends his downtime on Tour.

Winning three ATP Challenger level titles last season, the out-spoken and rugged 21-year-old will undoubtedly be a name for the future.

Q. At what stage in your development did you decide that turning professional was the right decision?

A. I actually never did. I was just practicing while my father was coaching Andrei [Medvedev], and from the early years I was in tennis and wanted to play it. So there wasn’t even a question or a decision to take. That was just my life.

Q. Did you enjoy having your father, who was an ex-touring professional, coach you from an early age? (Dolgopolov Jr. was coached by Oleksandr Dolgopolov Sr. during his formative years).

A. I mean of course its good for my development, because I got so much information in my early years. But as I grew up, I also started to see some negatives in a father-coach relationship. Anyway, my father is the reason why I’m playing now, without him I would not be a player, so I’m happy with it (the relationship).

Q. Did the expectations of having Medvedev around as a youngster give you added incentive or pressure when becoming a professional?

A. No, my pro career started a few years later than the last year of my father coaching Andrei. So he didn’t really have anything to do with me after 10 years of age. But before that of course I had a good time, watching and learning from him. But my goals and results have nothing to do with him, and are not based on his career.

Q. Having played a few top ranked players thus far in your career, what type of mindset do you take when approaching higher ranked competitors? (Dolgopolev Jr. recently lost to Radek Stepanek in Brisbane, Australia after leading by a set and a break).

A. I mean it doesn’t really matter who I play. I just try to think before the match which one is the best way to play the guy. What are his bad and good sides. Maybe the only difference of playing against a player who is ranked way higher than me is that I go on-court and think just about my game, and no other thoughts about the tournament level, the draw or the points. Just having fun playing a good player. So maybe I am a bit more relaxed, but nothing special.

Q. What would you consider the essential parts of your game that must improve in order for you to experience continued success on the ATP World Tour?

A. I play a game which is pretty hard. I don’t prefer one or two strokes, I use almost everything I know. [I] don’t have a particular favourite shot or game [plan]. My tennis is mostly improvisation, so I would like to improve in all my tennis game, no exceptions. The most important thing for me now is to stay injury free, and makeup [for] my physical [injuries]. Because of [the] last two years [the] injuries [that] I [had], [I] couldn’t do that at all. So I have almost everything to get better, to be where I would like to be. I think I have two to three good years of hard work still to come.

Q. You entered last week’s South African ATP World Tour rankings at No. 101 in the world, what are your immediate and long-term goals for the season?

Q. Growing up in Kiev, how did you find the conditions for training and traveling? Did you ever lose or gain motivation throughout your experiences?

A. Actually I never really grew up in Kiev. At first, when my father was coaching Andrei we traveled all the time, then form the age of 11 I started having every year a month and a half [of] preparation in Florida, during the Orange Bowl. So Kiev was just home, but never a training base for me. Coming back home I stayed in shape, but don’t really do the preparation there, nor the hard practice. For that I find other places.

At one point I had lost the motivation. I mean playing all the time [was] hard from 10-11 [years-old] with no vacations (except during the injuries) was tough, and I was tired of it. But it didn’t last for a long time, and when I finally got back into tennis in a month or two I got back in shape again.

Q. Who would you consider your closest friends on Tour? How do you spend your free time on the circuit?

A. I mean I’m friends with almost everybody I know on the tour. Probably most of all the post-USSR countries and the countries like Poland, Czech Rep., Slovak Rep. etc are the people who understand each other the best. Of course, I’m good friends with players from Ukraine, but not anyone in particular.

In my free time I don’t do anything special, I spend my time in hotels, on the Internet, and resting. Sometimes we have time to go out, if there is a good company [around] and no matches to play during the next days.

Q. If you could win one Grand Slam event which one would it be and why?

A. Roland Garros, I grew up on clay.

Q. Finally, if you could disclose one locker-room story that the public doesn’t know about what would it be?

A. Uh, that’s a tough one. Never had this question, so now sitting and trying to remember something interesting. Sorry but no luck, for the next time I remember some of the stories or funny moments that happened, so I can really answer this question.